K West Live is back on Thursday 19th July

Our monthly free gig returns to K West, with three diverse artists playing from 7.30pm supported by DJs, who will spin tunes until 1am.

- Plus, get a FREE bottle of Portobello Beer when you order from our K West Live bar menu.

A Southampton based band crafted on a backbone of skiffle, swing, rhythm & blues. Bringing roots music alive with a mixture of their own original songs with a tip of the hat to the past.
2017 saw the Junco shakers perform at hundreds of gigs and events including a number of big festivals such as Camp Bestival, Blissfields and The London Adventure Film Festival to hidden rhythm and blues clubs and restaurants all over the south.

Organically soulful and funky, LEONN captivates his audience and graces the stage with an unbelievable all-star band line up. Having headlined at The Unsigned London festival, LEONN's debut single 'The Invisible Man' has had international radio success playing across popular radio stations throughout the UK, US, Germany, Holland and others parts of Europe.

Inspired by the likes of Lykke Li, Tove Lo, Anna of the North and Tove Styrke, LOUUD's sound can be described as catchy melancholic Scandi pop with ambient guitars, electronic sounds and ethereal vocals. Her latest single ’Out of Love’ is out now and has been featured on several blogs, playlists and radio like Apple Music's Best Tracks of The Week, The Line of Best Fit, Ja Ja Ja, and Amazing Radio. 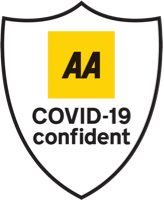